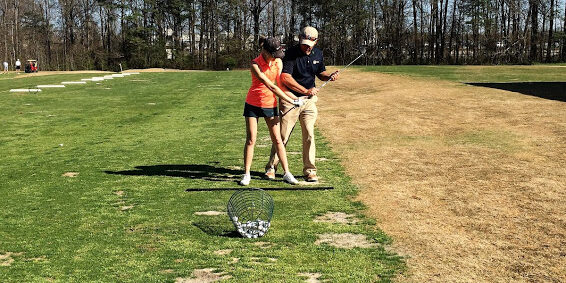 The players were not the only ones on the hunt. Many of our PJGD juniors were able to make it to Sedgefield Country Club to get to watch the best in the game tee it up. They were able to watch their favorites and some lucky juniors were even able to meet and take pictures with the golfing stars. It was exciting to watch all the pictures on social media of the kids with players and around the course throughout the week. Mr. 58, Jim Furyk, was kind enough to pose with Anna Hillman. Harrison Hilliard and Andrew Haarlow were able to get a quick moment with Patrick reed. The most exciting player to meet for many of the kids had to have been Ricky Fowler. Macie Burcham was able to steal a quick pic with Ricky after the round on Sunday. The smiles and excitement about being able to meet the best in their sport was a great way to both end their summers as well as given new excitement and motivation for our juniors.

Maximize Your Clubhead Speed for Longer Drives
May 24, 2016