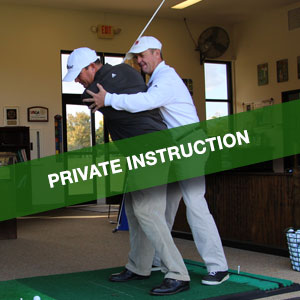 Jeff Crittenden is a Class A Member of the PGA of America and returns to Precision Golf School where he previously taught from 2007-2013. Jeff has a diverse background in the golfing industry and we are excited to have his expertise as part of the Precision Team!

Jeff began playing golf in college and quickly showed an aptitude for the sport. It was just a couple of years later that he decided to make a career of it and became a professional golfer. Three years after college, Jeff moved to Florida to play professionally and won several mini-tour events. He turned to teaching and has taught with the Grand Cypress Academy of Golf, Swing the Thing Golf Schools, ESPN Golf Schools, and Golf Digest Golf Schools where he worked with some of the most prestigious names in golf instruction – Hank Haney, Fred Griffin, Rick McCord, Ed Bowe, and Dick Farley.

In 2006, Jeff realized he had a true talent for strength and distance in golf and decided to try his hand at long drive. In long drive, he quickly found his calling and within a year was competing professionally around the country and around the world just a few years later. Currently, Jeff competes in fourteen or more long drive events per year. He also performs 25 or more exhibition and trick shot shows per year. It’s his job to hit the golf ball as far and as hard as possible while remaining within a very specific grid. And he does it in front of thousands of people every year.

Purchase Your Lesson Package with Jeff: